My name is Jim Hoag and I’m 71 years old. I’m a retired truck driver from Grand Rapids, MI. My wife and I have been married for 43 years and we have four kids and seven grandkids. I had open-heart surgery after suffering a severe heart attack on Thanksgiving weekend in 1993. Five bypasses later, I fortunately recovered, but my ejection fraction, which measures the contraction strength of the main heart pumping chamber, still remained between 40-45% (normal is between 55-65%). I came to terms with the fact that my ejection fraction would likely never improve.

Apart from minor stent procedures, I lived a normal quality of life. But in 2015, I began to feel severe shortness of breath. I could barely walk from the house to the mailbox without feeling completely exhausted. I prolonged scheduling an appointment with my cardiologist with the fear of going through another open-heart surgery, but I ultimately went to see Dr. David Wohns at Spectrum Health in Grand Rapids, MI. Dr. Wohns performed an echocardiogram and referred me to a heart failure specialist, Dr. Michael Dickinson. My ejection fraction had decreased to 25% and I had multiple severe blockages. I told my wife this was the beginning of the end.

Once the heart team evaluated me, Dr. Wohns told me about a procedure with the Impella® heart pump. He showed me the Impella and explained how it would support my heart while he and Dr. Kevin Wolschleger opened blockages and placed stents. I said, “Let’s go for it – I’ve got nothing to lose.” Though it was a lengthy procedure, I felt no pain. I went home the next day and began my recovery, gradually regaining my strength. Five weeks later, I went to a follow-up appointment with Dr. Dickinson. He came in with a big smile on his face and said my ejection fraction had improved to 57%! I almost couldn’t believe it. 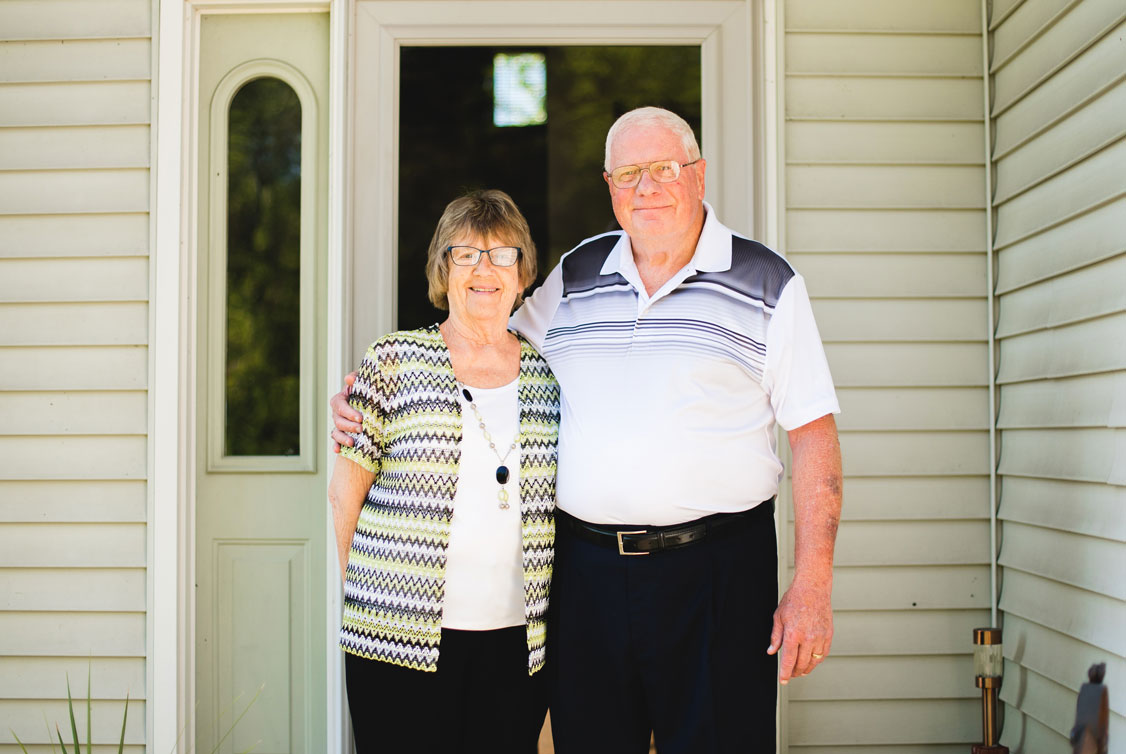 Before my procedure, I struggled to see my grandchildren play at their basketball and volleyball games because I could barely make it to the stands. Following the procedure, I proudly climbed to the top of the bleachers. This proved to me what the Protected PCI procedure with Impella had done. I felt like I was 35 years old again and I had a normal ejection fraction to match!

Read more on the blog