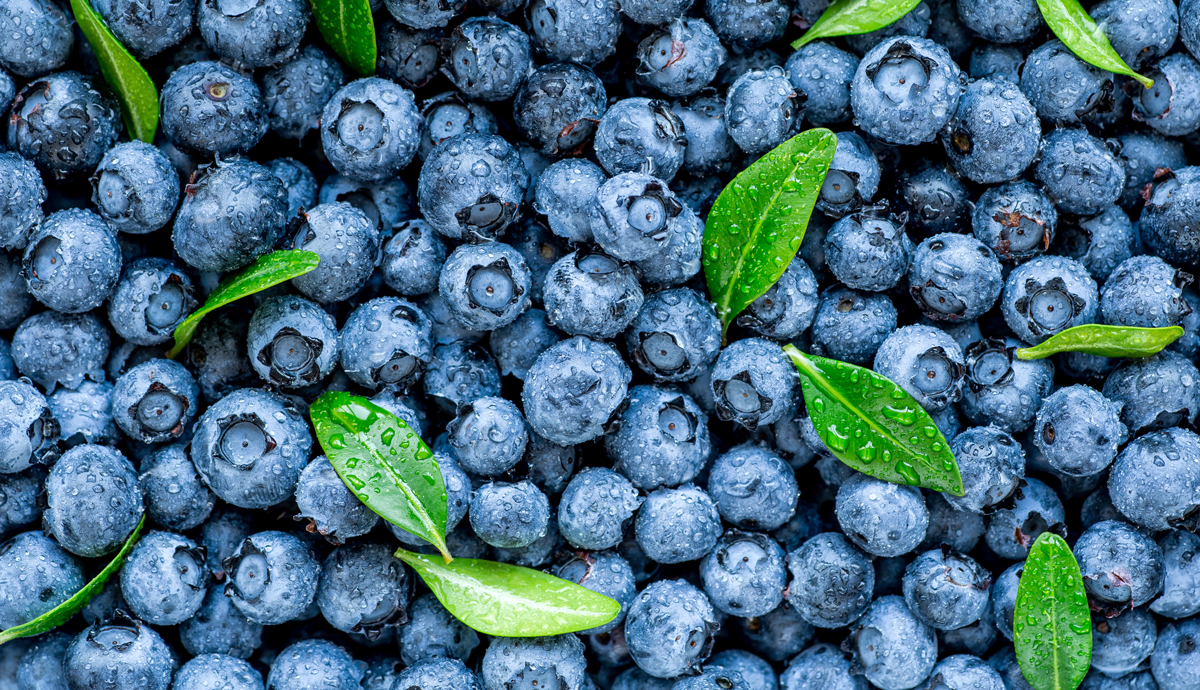 Blueberries are a favorite fruit of many people, so let’s explore new research into the heart-healthy properties of blueberries.

Blueberries are a delicious summer fruit that turn deep blue when ripe. A recent study shows that regular consumption of blueberries may improve risk factors for heart disease such as high blood pressure, type 2 diabetes, obesity, and reduce the risk of heart attack. Let’s dive deeper into the research.

Participants in a recent double-blind, randomized controlled trial included 115 overweight and obese adults between the ages of 50 and 75 years. All participants were given packets of powder they were told was freeze-dried blueberries to be consumed once per day over the course of six months. Researchers assigned participants to one of three groups with varying amounts of blueberries and a placebo that looked and tasted like blueberries. This was done so that participants would not know which group they had been assigned to. The specific groups were:

Before beginning the study, the researchers took baseline blood samples from participants to measure insulin resistance, cholesterol levels, and different markers of heart health. They also took measurements of their body weight and blood pressure. Similar tests were conducted at the end of the six-month period so the researchers could evaluate the differences between the three groups.

The researchers found that participants who consumed one cup of blueberries per day had less arterial stiffness and more “good” cholesterol than the ½ cup blueberry treatment group or the control group. Based on their findings, the authors estimate that one cup of blueberries per day can decrease the risk of a heart attack or stroke by 13 percent and decrease the risk of heart disease by 11 to 15 percent.

The researchers hypothesize the health benefits they observed were due to the large amount of anthrocyanins in blueberries. Anthrocyanins are a class of plant pigments found in fruits and vegetables with deep red, blue, purple, and black coloring. Anthrocyanins give blueberries their deep blue color.

This summer enjoy lots of blueberries – and know that when you eat blueberries, you’re helping to protect your heart health. If blueberries aren’t your favorite fruit, consider choosing other fruits and vegetables high in anthrocyanins like blackberries, plums, eggplant, purple cabbage, and purple potatoes.

Here are some tips to add blueberries to your diet:

Read more on the blog